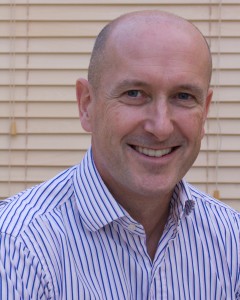 Many thanks for taking the time to visit my site.

If you’ve arrived here by chance, then you’ll have no idea who I am and I have around 12 nanoseconds to convince you that it would be worth sticking around.

So what should I say first? I know, I’ll forge a link to someone you will have heard of. That usually does the trick.

Okay, I’ve been called the business world’s answer to Jeremy Clarkson. Hopefully I have your attention now and won’t lose it by confessing that it is mainly ‘the bewildered’ who have made the comparison – Oh, and people asked the question, “Can you name a business writer who is about the same age as Clarkson, but shorter, poorer and not as funny?”

I do have the odd redeeming feature though. Over the past 20 years I’ve built a business empire (I’ve definitely watched too many episodes of Dragon’s Den) worth many millions of pounds from scratch, and learned quite a bit about making money along the way. I’ve also committed what I’ve learned to paper in the form of a series of “inspirational”, “hilarious” and “bloody pathetic” (opinions can vary) books which are showcased here.

As you’ll see when you look at the information I’ve put together though, surprisingly, people do seem to like them. Tens of thousands of copies of each have been sold, and clearly, some of them have even been read. This is most gratifying, but what is more gratifying is when readers take action with what they’ve read and transform their lives – some becoming millionaires themselves. That seems to happen quite a lot.

Take some time to look around , but above all…order something! All the books are available to order direct from the site, or you can call my company’s credit card hotline (01709 361819) if you’d like to speak to something akin to a real person. To help you make your choice (You see, I’ve already assumed you’re going to order at least one book) I’ve written a short summary of the seven books, take a look.

I look forward to hearing from you soon, and helping you make some money!
Very Best Wishes,

P.S Want to find a bit more information about me and my business interests?

For some of my more recent ramblings, click here