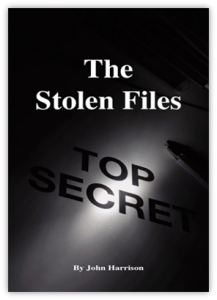 “Look What I Stole For You! 133 Begged, Borrowed and Outright Plundered Moneymaking Ideas, Systems And Strategies To Get  Rich This Year And Beyond. Which Will You Copy To Bank Your First Million?”

If you’ve ever dreamed of being in on the next big thing, then I have some potentially life changing news for you…

You see, despite what the doom mongers might tell you, these are exciting times, and money making opportunities are everywhere. Think it was easier in the past? Rubbish! Just hindsight mixed in with a bit of nostalgia at work there.

The truth is that right now is as good as it’s ever been for the would be entrepreneur, and I’d argue that it’s significantly better. The facilities and tools available to the ordinary man or woman sitting in their own living room are truly mind blowing and they’re available for next to nothing. When I started out just 20 years or so ago, I couldn’t have dreamed of what can be done so easily today. Don’t believe me? Let me prove it to you.

Take my own business as an example…

Only a few short years ago, create a marketable book, you had to spend thousands of pounds on typesetting and printing. If you couldn’t afford to print 5,000 copies – Tough! The unit cost was too high.   Today, you can get a book to market fast and for free.  Upload it to Amazon from your laptop in an hour or two and it’s immediately available for the whole world to buy.

These are the sort of changes have been mirrored in just about every sphere of business and  have transformed the landscape for the would be entrepreneur. Anyone who says it was easier ‘back then’ is going to get short shrift from me!

That’s all well and good of course…But where exactly should you be focussing your efforts in right now…What are the markets, ideas, systems and strategies that hit the zeitgeist of the times square on…the ones that could take you to a whole new financial level?  That’s the question I’m going to answer for you in this book…

“The Stolen Files…Begged, Borrowed and Outright Plundered  Moneymaking  Ideas You Could Copy To Get  Rich This Year And Beyond.”

The title is nothing if not honest.  I didn’t sit here and dream up the ideas, systems and strategies it contains. Rather, I scoured hundreds of newspapers, magazines, journals and insider websites over a six month period, looking for the very best ideas – ones that  are already working big time  around the world.

Here’s a taster of some of the hot off the press ideas and insider systems you’re going to find in the book….

….And that’s not even half of the ideas you’ll find in the book!

As you can see, these ideas and businesses came from anywhere and everywhere, but what I know for sure, is that they have never been brought together in one place like this before. What’s more, they have never been subject to my ‘take’ on them before. I’ve looked at the original ideas, and then given thought to how they might be developed, adapted or improved.

When I was selecting the ideas and businesses for the book, I’ve been mindful of the real limitations in both skills and financial resources which most of us are subject to. So for the most part, I’ve tried to stick to ventures which are open to the vast majority of people. That doesn’t mean of course that everything will be right for you, but if you don’t find at least a few ideas that give you a ‘Eureka’ or ‘Butterfly’s in the stomach’ moment, I’m be both surprised and very disappointed.

No need to reinvent the wheel…

As Ezra Pound pointed out “Utter originality is of course, out of the question.”  We long ago passed the point where it was possible to generate an idea which had no connection with anything that went before it. Everything is derivative. The key is to take what has already been successful and develop it, make it better, or adapt it for a different market or audience

So there’s no need to beat yourself up trying to come up with something totally unique or original. Someone else has already done most of the hard work to test this stuff out. It’s working for other people and it can work for you. Someone else (me!) has done the last bit of hard work….bringing all this insider ‘next big thing’ information into one place, which you can absorb and implement – in your own time and at your own pace.

All you need to do is get hold of a copy of this ground breaking book. I’ve arranged for you to do that at a price that I know is going to surprise and delight you.

Send for  a prepublication copy of “The Stolen Files…Begged, Borrowed and Outright  Plundered  Moneymaking  Ideas You Could Copy To Get  Rich This Year And Beyond.” on approval. If you’re not happy with it for any reason whatsoever, simply return it within 30 days of receipt for a no questions asked refund.