While equities are  widely regarded as one of the better ways  to invest your money, over the past 15 years, investors would have made three times as much cash if they’d bought Lego sets instead! Shares brought in an average 4.1% return for their owners, whereas the most prized Lego toy sets have leapt a staggering 12% in value. To demonstrate – The ‘Cafe Corner’ Lego set originally retailed for £89.99 when it was first launched in 2000, but would bring in a cool £2,096 today.

I recently touched upon the profits to be made with alternative investments like this in  an article about Disney’s ‘secret vault’. It’s worth keeping  an eye out for any bargain collectables whose market price are set to rise. Classics from companies like  Disney and Lego will always hold their value, and show that there are many ways to invest outside of the conventional path. 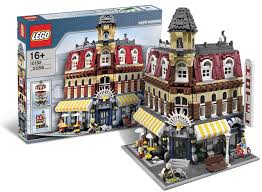